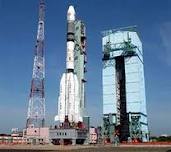 Sriharikota is the launch center for the Indian Space Research Organization (ISRO). It is located, in East Coast of Andhra Pradesh in India. It is a Indian’s only satellite launch center.

Location
Sriharikota separates the Pulicat Lake from the Bay of Bengal, and is home town of Pulicat. It is in Sri Amararajeevi Potti Sri Ramulu Nellore district in Andhra Pradesh. The nearest town is Sullurpeta.  It is 80 km from Chennai.

The Indian space program was driven by the vision of “Dr. Vikram Sarabhai” is considered the father of Indian’s Space program.
India’s first satellite, the Aryabhata, was launched by the Soviet Union on 19 April 1975 from kapustinyar using a Cosmos-3M launch vehicle. The first Rohini sounding rocket was launched form SHAR in October 1970.

You may like...
Brahmos Missile - World's fastest cruise missile in operation

Brahmos is the world's fastest cruise missile that can be launched fro...

Apollo 11 is the spaceflight by which Neil Armstrong and Aldrin reach ...

Want to know what is the current time in MARS ? Download the new NASA...

Nasa's Voyager 1 has entered uncharted territory on the border of our ...